Rural electric cooperatives have long been pioneers when it comes to bringing affordable electricity, and the quality of life it provides, to the people they serve. The electricity that Howell-Oregon Electric Cooperative distributes to the homes and businesses of its members comes from Associated Electric Cooperative, Inc. (AECI). AECI was formed in 1962 in Springfield, Missouri, to generate the wholesale power supply of all of Missouri's distribution cooperatives. 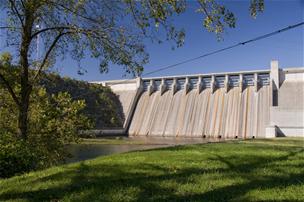 AECI uses a diverse mix of resources, including renewable sources of energy, to produce the clean, affordable and reliable power we all use.

Hydropower from federal dams in Missouri, Oklahoma and Arkansas is a major renewable generating resource which AECI uses to supply electricity for members.

As hydropower is the least expensive resource it is used first; however, it is a limited commodity dependent on rainfall and the capacity of lakes and dams to store the water. Accordingly, hydropower is unable to meet the energy demand of the electric cooperatives alone. 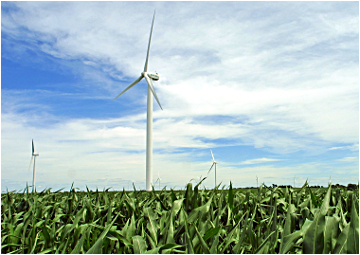 When it came to the frontier of wind energy in Missouri, rural electric cooperatives again helped lead the way. AECI also has several long-term agreements in place to purchase wind power from many large wind farms in northern Missouri, dating back as early as 2007. More recently, AECI signed additional agreements to purchase wind power generated by wind farms located in Kansas and Oklahoma, bringing its total wind energy portfolio to 1,240 megawatts.

The wind farms and their generation capacities are listed below.

Bluegrass Ridge wind farm (pictured), the first utility-scale wind farm in Missouri, features 27 2.1-MW turbines and sits on 10,000 acres in Gentry County, Missouri. The contracted capacity is 50 megawatts, and the farm was declared commercially operational in 2007.

Lost Creek wind farm features 100 1.5-megawatt turbines and sits on 20,000 acres in DeKalb County, Missouri. Lost Creek was declared commercially operational in 2010 at 150 MW capacity. Capacity increased to 168 MW through upgrades by Pattern Energy, which bought the wind farm in 2015.

The 235-megawatt Tenaska Clear Creek Energy Center was declared commercial May 4, 2020. Associated announced Feb. 13, 2018, its signing of a long-term power purchase agreement with Tenaska to buy the energy from the wind project near Maryville in Nodaway County, northwest Missouri. The farm has 111 Vestas turbines, 2.0-2.2 MW each, on about 30,000 acres.

AECI generates the base load portion of your electricity from two coal fired plants, Thomas Hill and New Madrid. 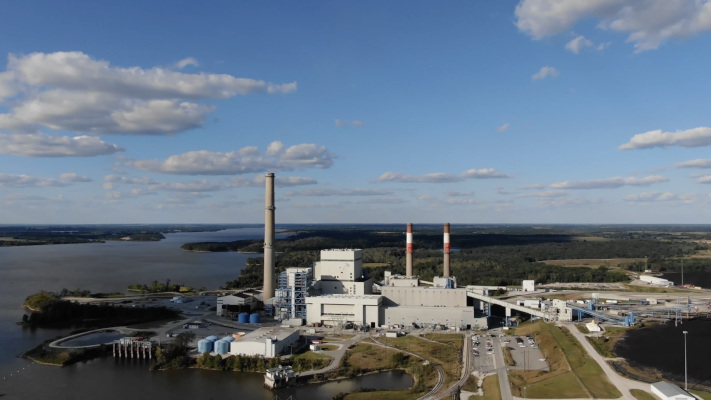 Thomas Hill (shown) is near Moberly, Missouri, and has three generating units with a combined capacity of 1150 megawatts.

The New Madrid plant has two generating units with a combined capacity of 1200 megawatts.

Both Thomas Hill and New Madrid were converted to burn low-sulfur coal in 1994.

All combined, AECI's use of low-sulfur coal, natural gas, hydro power and wind power makes for a very diversified mix of reliable generation sources for the electricity that HOEC distributes to you.